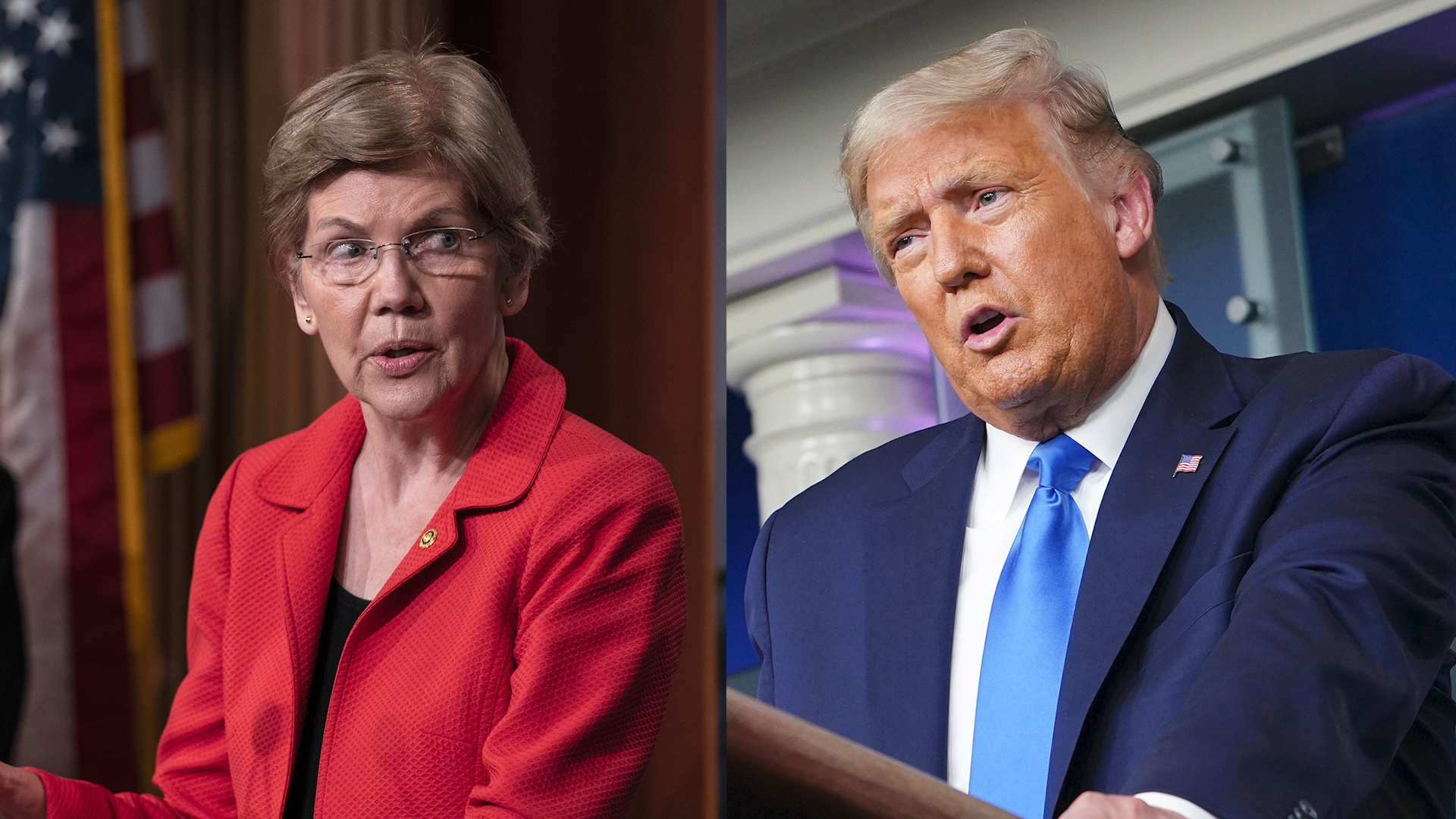 Senator Elizabeth Warren (D-MA) appeared on All In With Chris Hayes Thursday night, where she railed against President Trump for his refusal to commit to a peaceful transfer of power if he were to lose the election in November, and Republicans for enabling Trump’s apparent intention to sidestep the election altogether.

In a press conference on Wednesday, when asked if he would commit to a peaceful transfer of power, Trump answered, “Well, we’re gonna have to see what happens. You know that I’ve been complaining about the ballots. And the ballots are a disaster.” “I understand that, but people are rioting,” the reporter pushed. “Do you commit to making sure that there’s a peaceful transferral of power?” Trump replied, “We wanna have — get rid of the ballots and we’ll have a very peaceful — there won’t be a transfer, frankly. There’ll be a continuation.”

“When Donald Trump says that he is not necessarily going to accept the will of the voters, he’s flirting with treason,” Warren said in response. “He’s saying, peaceful transition of power doesn’t matter to him. All that matters to him, once again, is Donald Trump and whatever Donald Trump wants.”

Trump and Senate Republicans are making a hard push to fill the Supreme Court seat left vacant following the passing of Ruth Bader Ginsberg, and Trump has spoken openly about his desire for the Supreme Court to decide the election. If his nominee is appointed, there will be a 6-3 conservative majority on the court. Trump has been spreading unfounded conspiracies about mail-in voting fraud, something that even his own hand-picked FBI director, Christopher Wray, has said is not happening on a national scale. Some believe Trump is doing this to sow doubt about the results of the election before a single vote is even tallied, giving him an excuse to take the election to the Supreme Court. Republican senators have recently joined Trump in prematurely talking about the Supreme Court deciding the election.

Warren had especially harsh words for South Carolina senator Lindsey Graham, who in 2016 said a Supreme Court vacancy should never be filled in an election year, but is now eager to vote on Trump’s nominee.

“Lindsey Graham has simply said, ‘Donald Trump has my proxy on this. Senate doesn’t need to look at it. If the president’s good, Lindsey Graham is good.’ Man, there’s a man with a spine,” Warren quipped, “a spine kept in a box somewhere else, because he certainly doesn’t have it to exercise for himself.”

And Warren said the only way to make sure Republicans can’t push the election to the Supreme Court is with massive voter turnout, making the outcome indisputable. 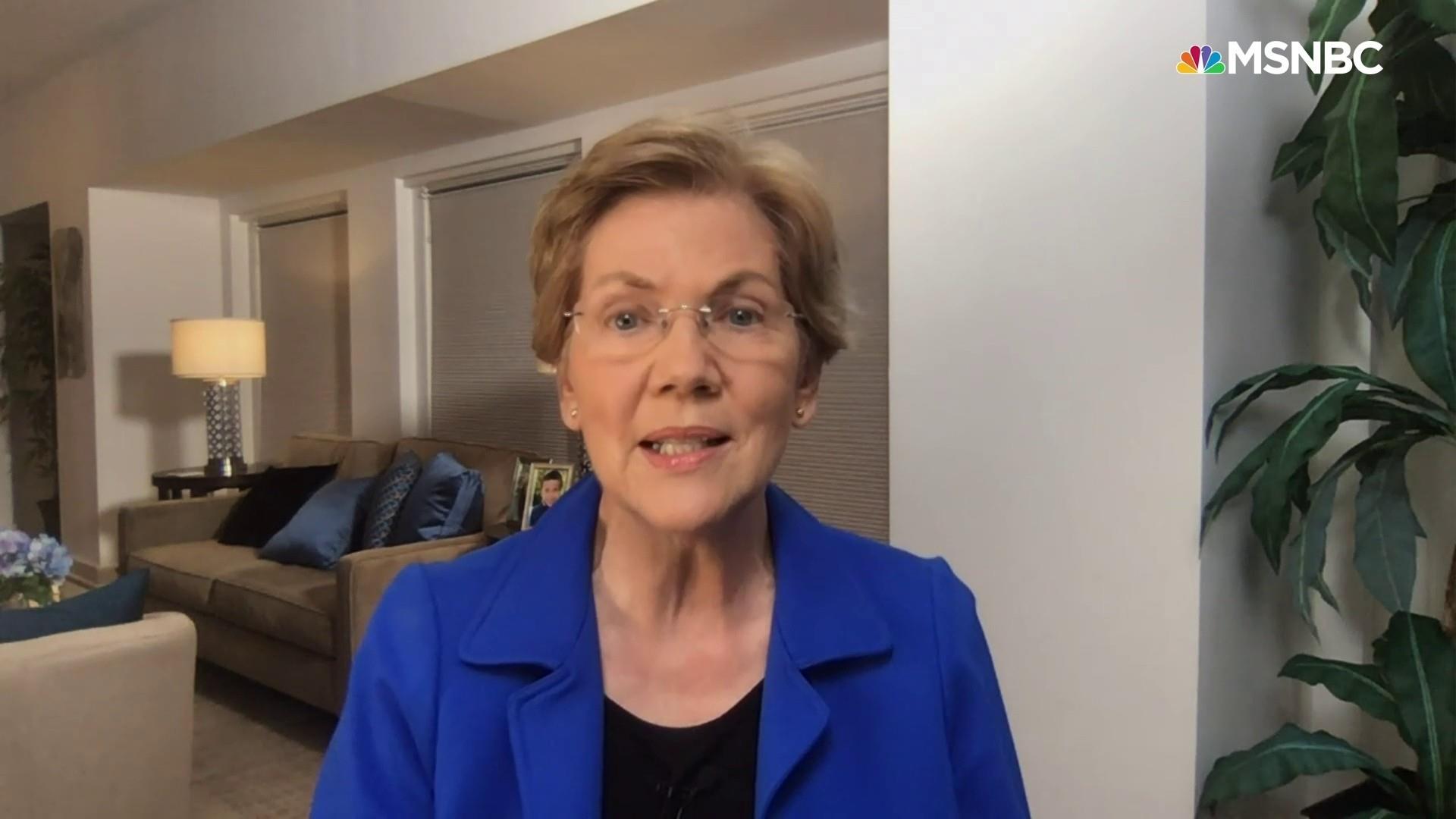 All In With Chris Hayes airs weeknights at 8 p.m. on MSNBC.

Prince William, also known as the Duke of Cambridge, has picked up yet another title:...